Brass on the Grass 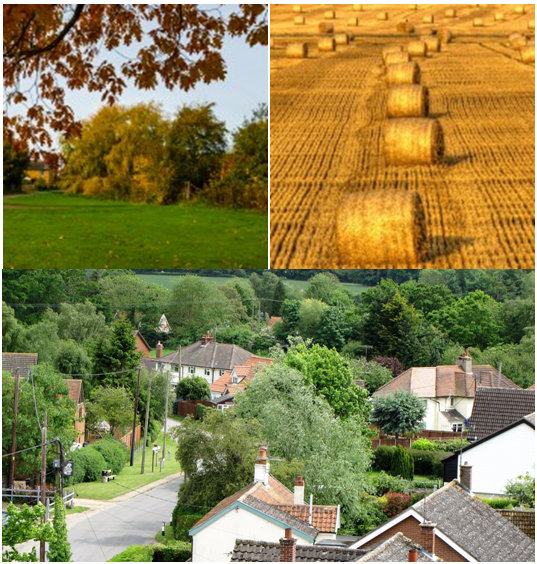 Bredfield, a “broad clearing” in old English, has evidence of Romano-British and Saxon settlement. The village grew around crossroads where roads from outlying communities to Woodbridge converged, and crossed an ancient track from the river Deben at Melton towards the Roman road at Debach Post.

With several separate medieval manors each claiming a part of the land, Bredfield never owed allegiance to any one great landlord. The existence of many small tenant farmers with land scattered throughout the parish has influenced its development through to the present day. In the late 18th century the lack of a strong landlord permitted the building of small dwellings on the “Lord's Waste”, the uncultivable field verges around the Green and the Pump, and elsewhere in the village, which technically belonged to the Lord of the Manor. Squatters who could build and occupy a cottage without being stopped by the authorities, could then get the support of the principal inhabitants to plead at the next Manor Court for permission to stay. As anyone evicted from such illegal dwellings would become a charge on the parish rates, most were allowed to remain. About 25 such cottages were built. This fact has influenced the parish's character and development.

In the Post Office Directory of 1865, Bredfield was described as :-

BREDFIELD is a parish, in Wilford hundred and rural deanery, Woodbridge union and county court district, archdeaconry of Suffolk, and diocese of Norwich, East Suffolk, 2 miles north from Woodbridge. The church of St. Andrew is a handsome old stone building, with nave, chancel, north porch, and a lofty embattled flint tower, containing 4 bells. The register dates from 1720. The living is a vicarage, annual value £250 with residence, and 27 acres of glebe, in the gift of the Lord Chancellor, and held by the Rev. John Dutton, M.A. Here is a National school for boys and girls, and a Sunday school is held in the same building. Here is also a small Independent chapel. M. H. B. Bramwhite, Esq., of Wareham, Norfolk (who is lord of the manor), and Francis Seabrooke and John Wood, Esqrs., are the chief landowners. The population in 1801 was 454; and the area is 1,007 acres, most part arable.

Bredfield has had a number of famous residents over the centuries but perhaps Bredfield's most famous son is the poet Edward Fitzgerald(1809-1883), 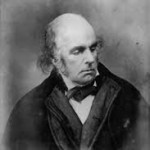 who translated ‘The Rubaiyat of Omar Khayyam' Although more usually associated with neighbouring Boulge, where he is buried, he was born and spent his childhood years here. His great friend was the Rector of Bredfield, George Crabbe, the son of another famous poet. Crabbe's memorial is set in the sanctuary wall of St Andrew's Church.

Eric Sandon was a professional architect who worked for forty years in Suffolk and developed a deep love of the county. He was a Fellow of the Royal Society of Arts. He lived in Lords Waste in Caters Road and was the author of the book: Suffolk Houses: a study of domestic architecture illustrated by local artist John Weston.

More recently, George Burley, Scotland & Ipswich football manager lived here. During an eight-year reign (1994-2002) he took Ipswich to three play-offs semi finals before finally winning promotion to the Premier League on the fourth attempt The following season he guided the club to fifth place and qualification for the UEFA Cup which earned him the 2000-01 Managerof the Year award.

There was a forge in Bredfield where originally a blacksmith worked mending farm machinery and shoeing horses. The company made ornamental metalwork such as gates, which have been sent to twenty one countries They have made all the gates for the Queen's estate at Sandringham, and made a foot scraper as a wedding present for Prince Charles and Lady Diana. To celebrate the coronation of Queen Elizabeth the Second, the forge made an ornamental signpost round the pump, which is in the middle of a fork in the road at the southern settlement of Bredfield.